For over fifteen years, batwin + robin has created a variety of 3D video projection backgrounds and video EFX for musical numbers that have become groundbreaking staples of the world famous Radio City Christmas Spectacular. Working with set designer Patrick Fahey, b+r has created media for a ninety-foot LED wall, a flying fifty-foot 3D LED wall and has also designed architectural scale projections mapped to the iconic proscenium arch and art deco interior of Radio City. This projection-mapped imagery spans 180 feet across the theater’s arches and is synchronized with the onstage LED walls, extending the onstage scenery into the theater and surrounding audiences in environments like Santa’s North Pole workshop.

In the 2017 production of the Christmas Spectacular, b + r was responsible for fully re-creating and enhancing video content on both the LED wall and the proscenium arches to utilize a new, advanced video projection system. For the first time ever, all eight of Radio City’s iconic proscenium arches had imagery projected onto them using the most advanced digital mapping technology available. All media was produced at extremely high resolution, matching pixel-for-pixel to either the 14K resolution of the projection system or 8K resolution of the new LED wall. This work included updates to fan favorite numbers such as “Sleigh Ride,” “New York at Christmas,” the North Pole scene, “Rag Dolls,” and “Living Nativity.” 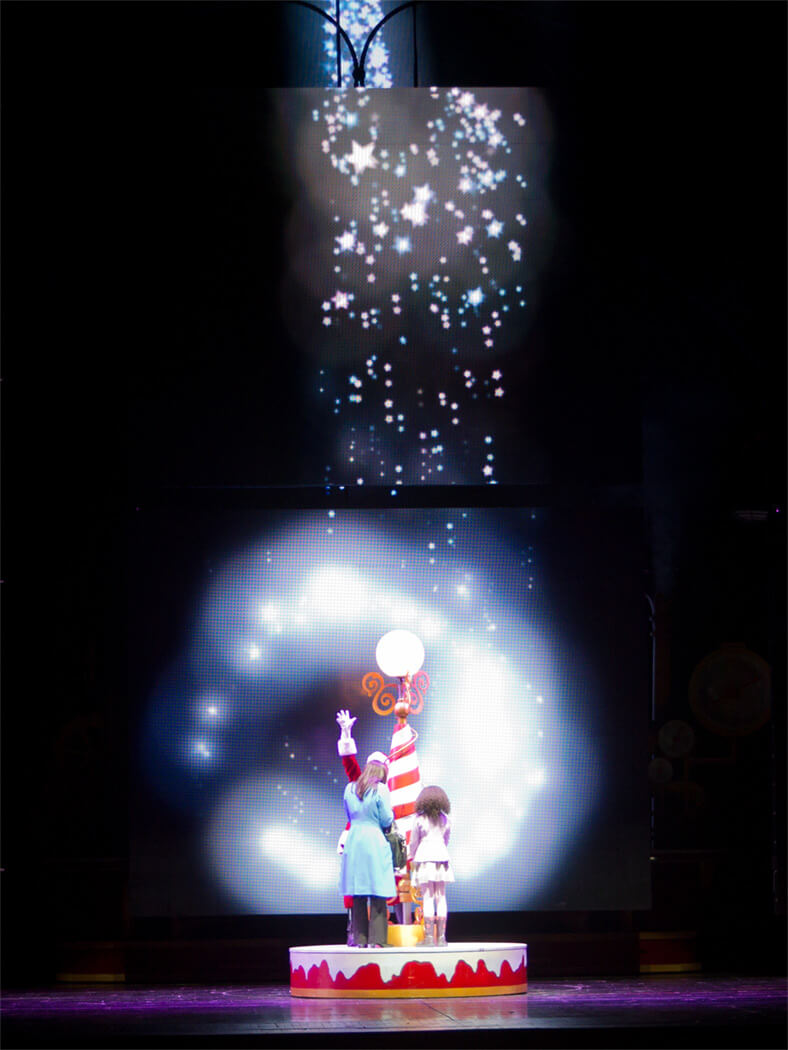 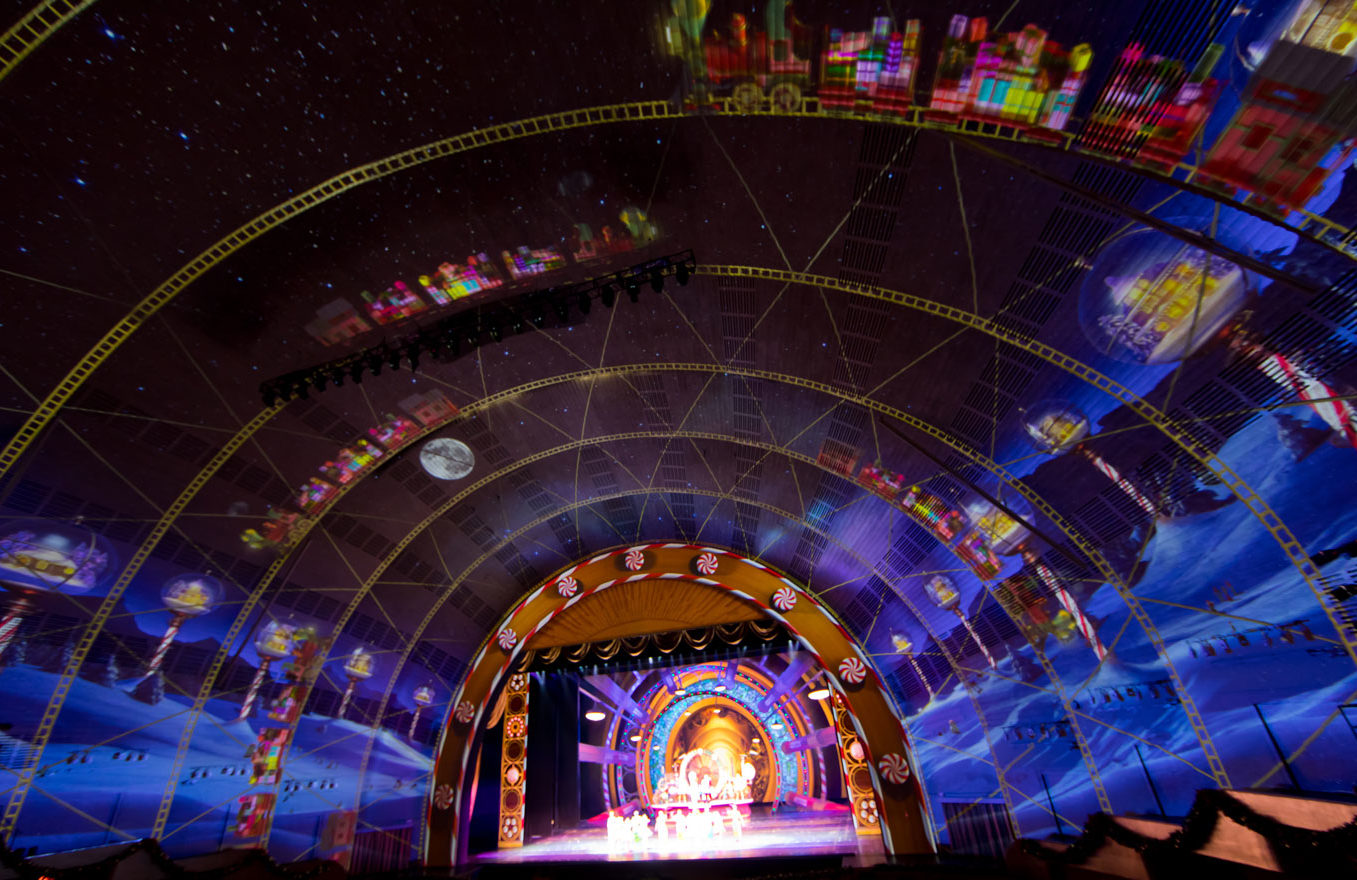 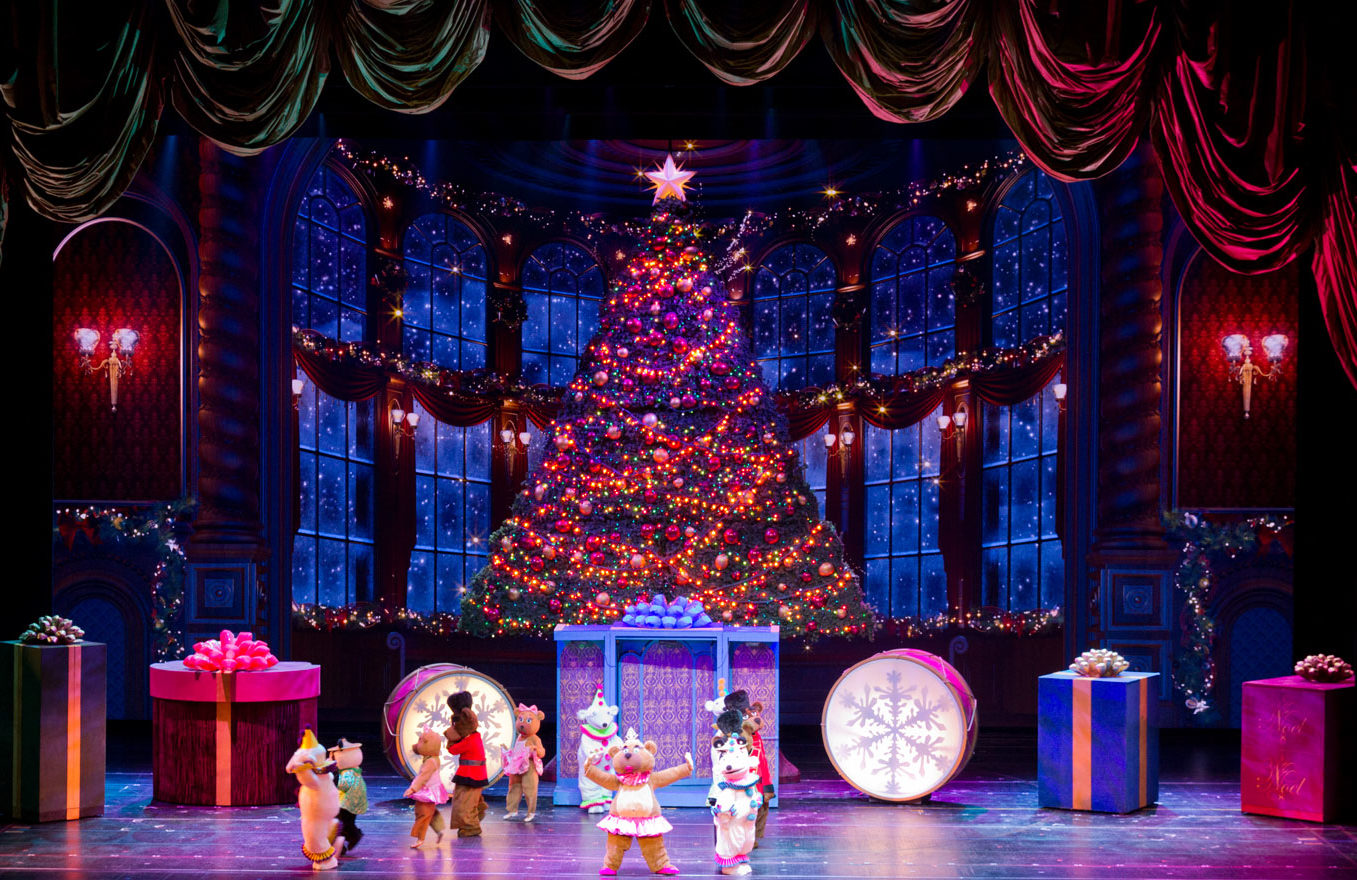 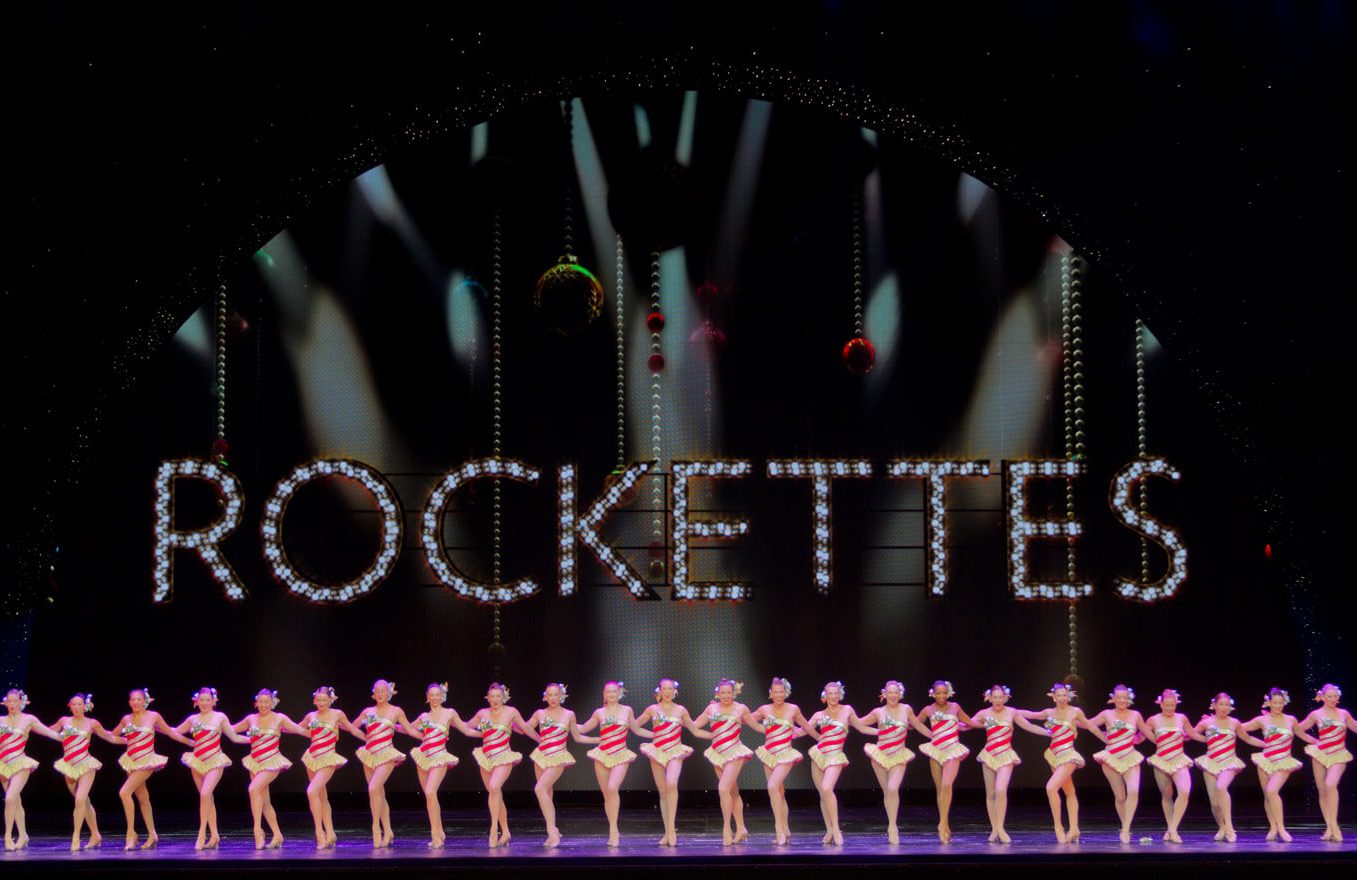 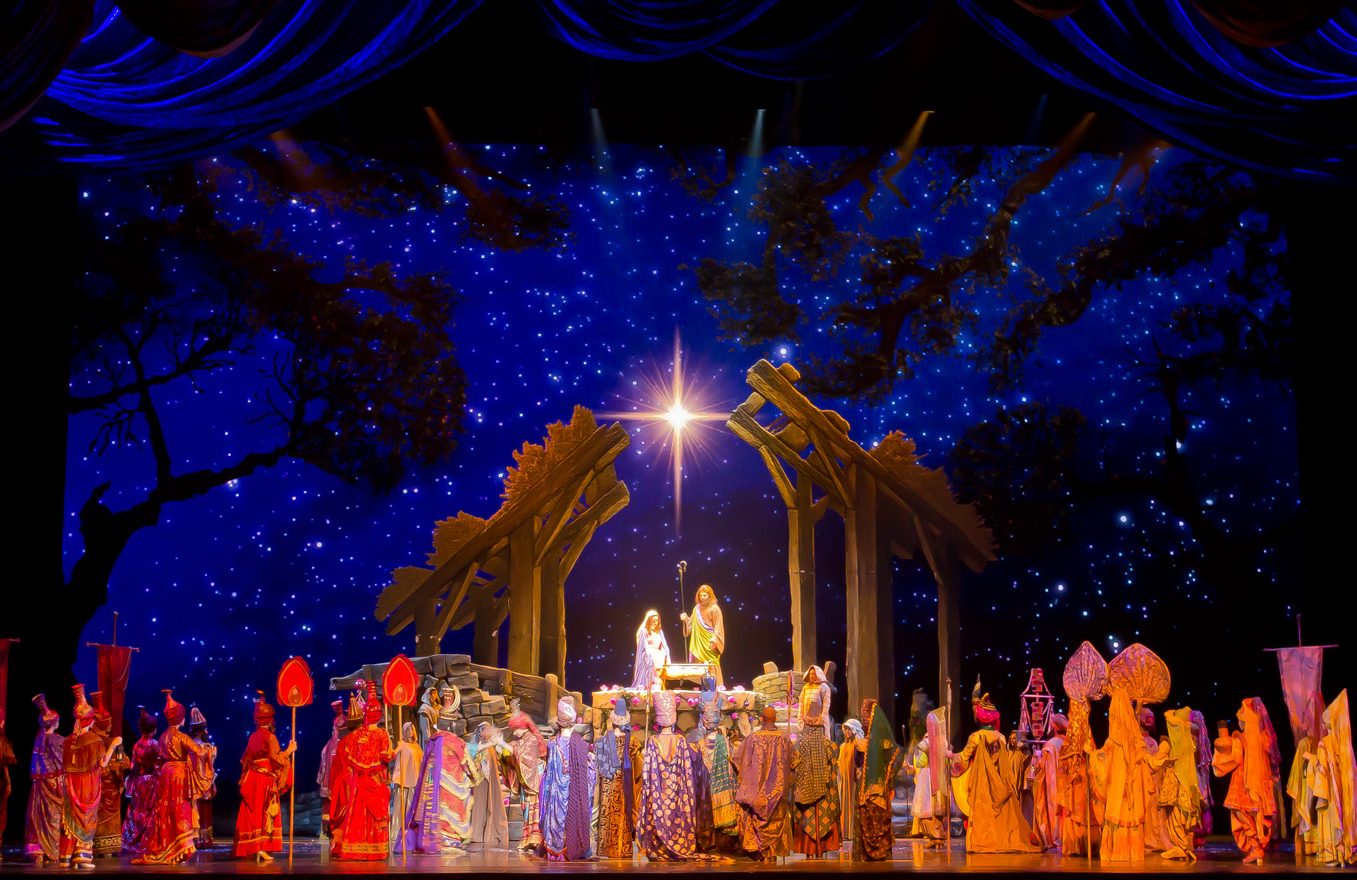 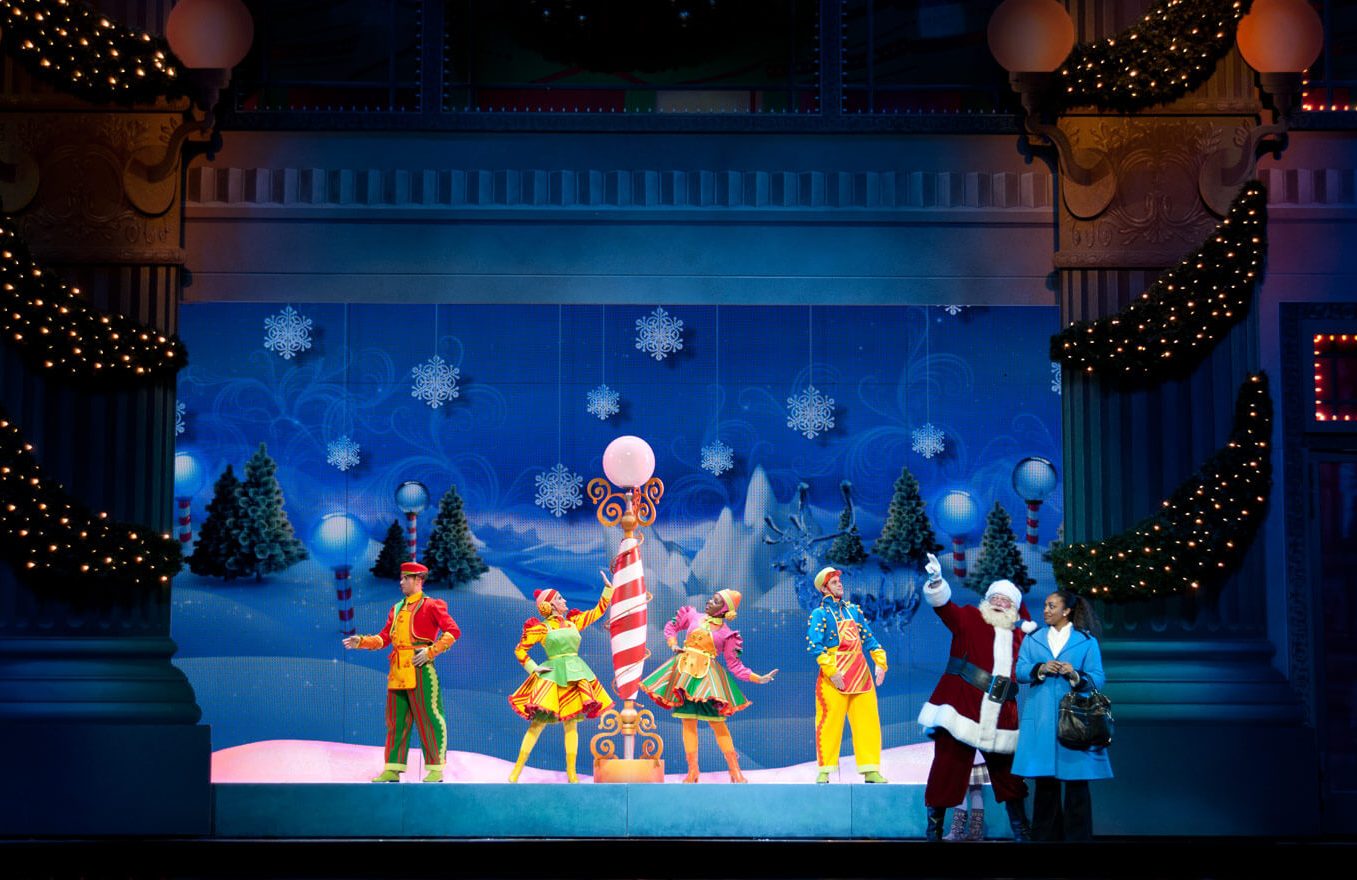 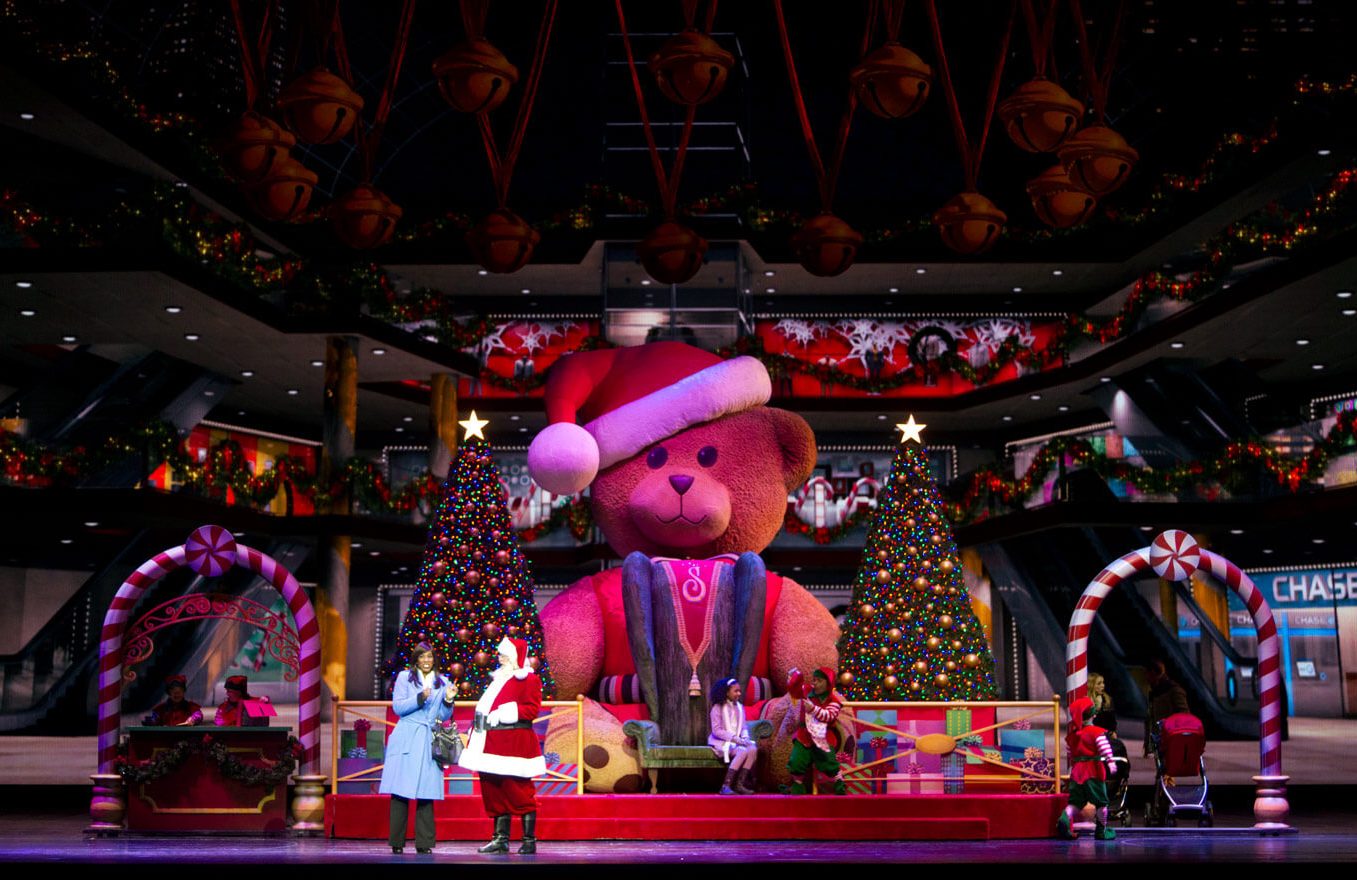 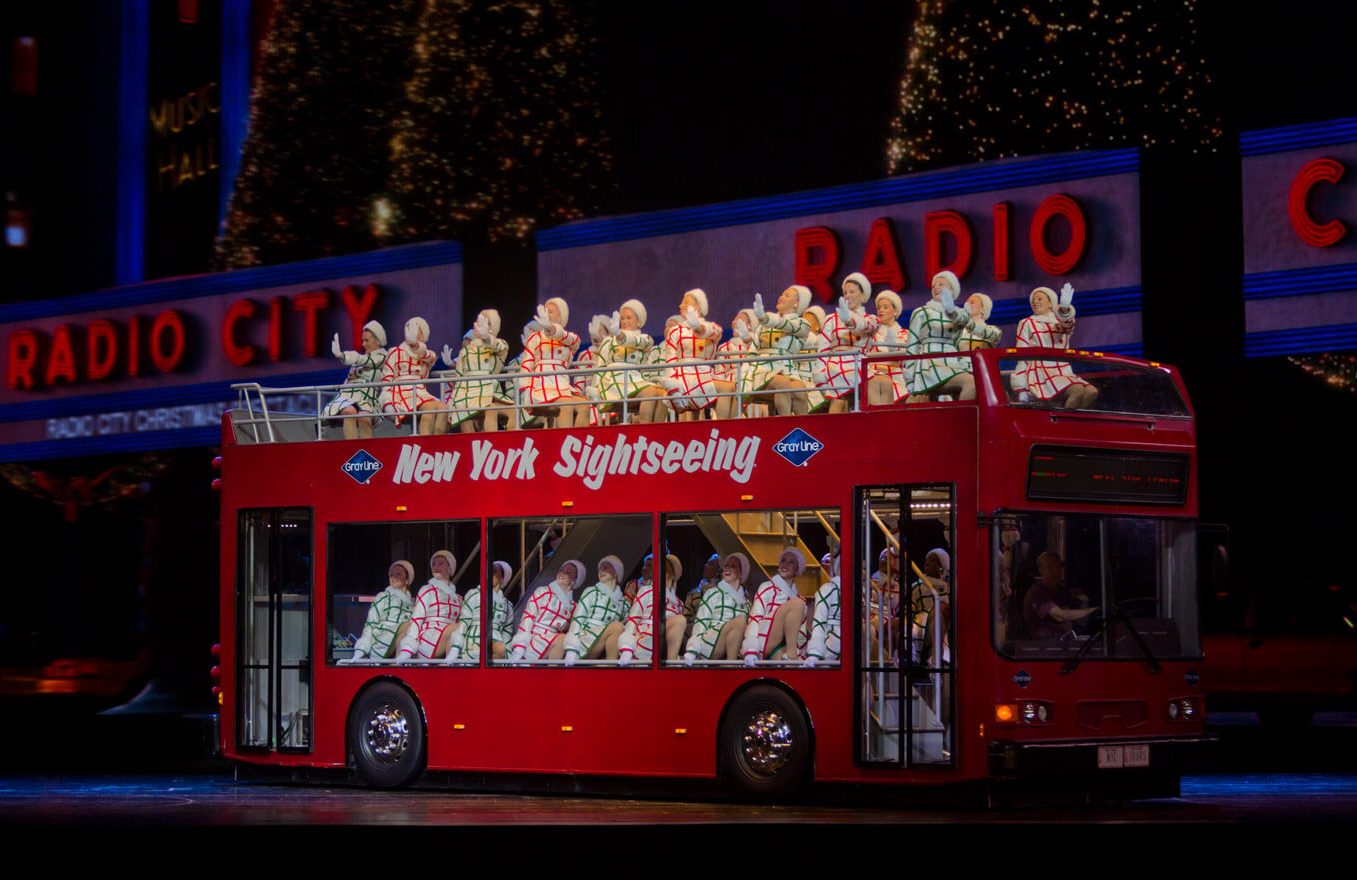 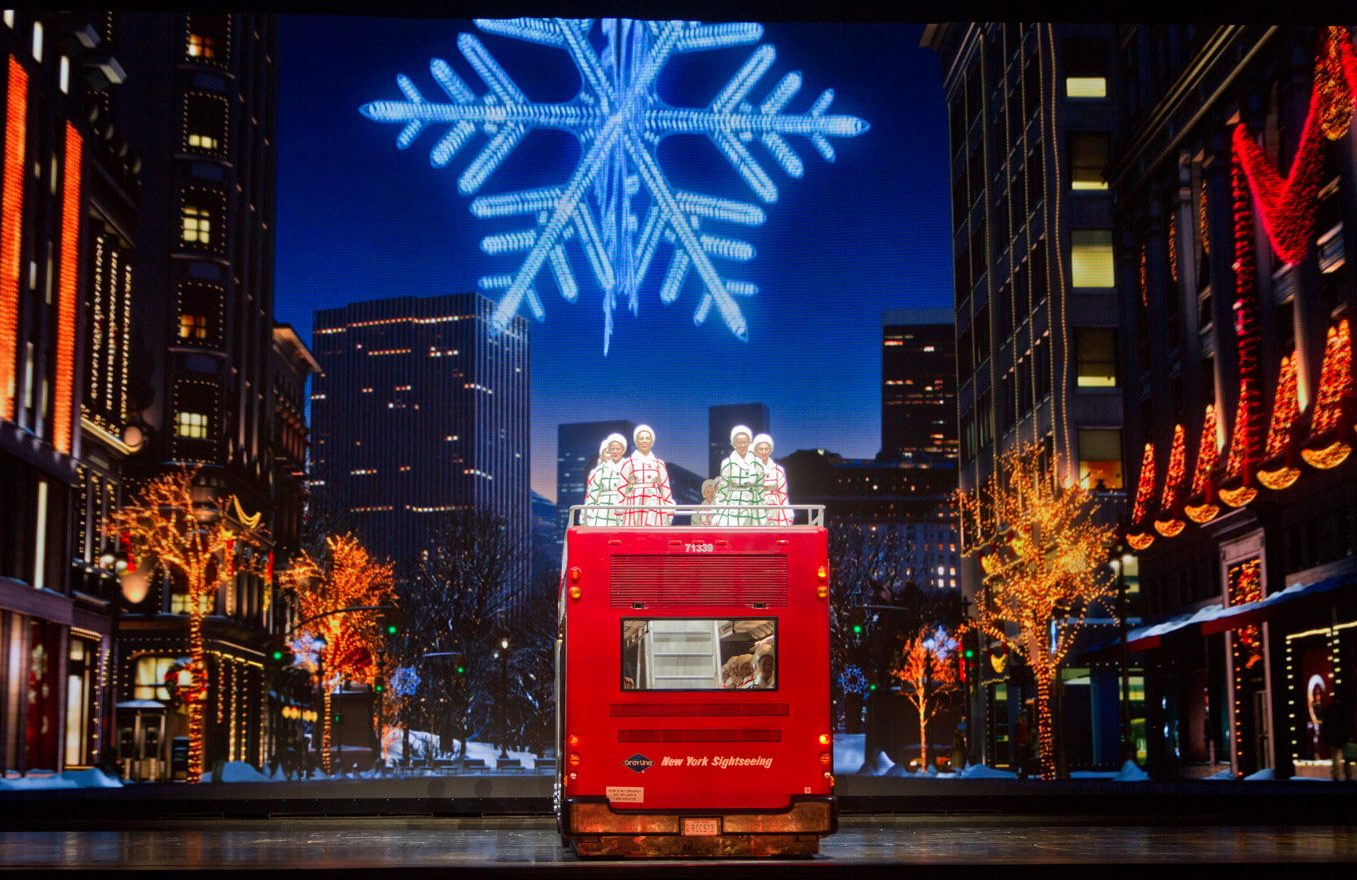 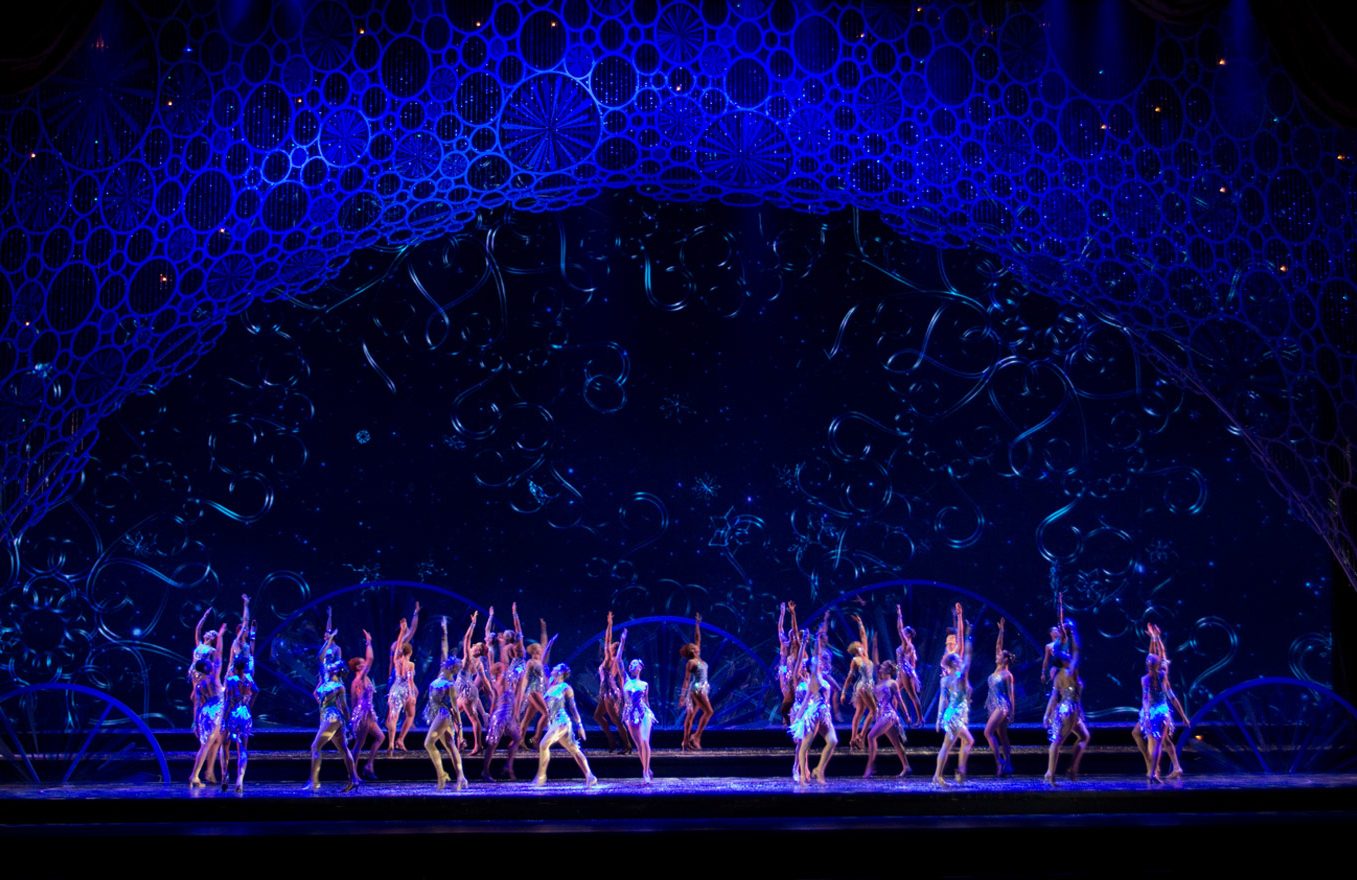